Getting Real with Gigolo Bradley Lords 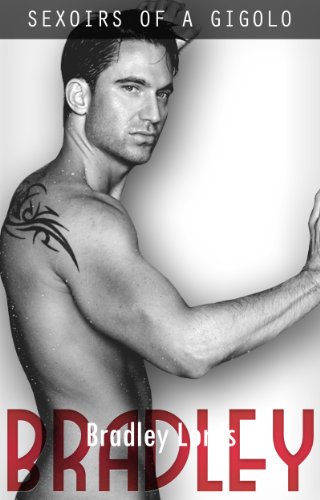 Sexoirs of a Gigolo: Bradley Lords

Showtime is known for its ground-breaking programming, but not every show is scripted. Included on the network’s schedule is late-night reality programming that—while spicy—is thought-provoking. Now in its fifth season, Gigolos follows the lives of a group of male escorts working in Las Vegas for the agency Cowboys 4 Angels. Meet gigolo Bradley Lords.

Since joining the show in season 4, gigolo Bradley Lords, a former U.S. Marine sergeant, has developed a devoted fan base drawn to his Southern charm (he was born and raised in Tennessee) and no-nonsense manner. While he loves being an escort, there’s a lot more to him. After six years in the military, Lords earned a bachelor’s degree and went into the fitness business, owning and operating three private facilities in Southern California.

DivineCaroline: How did you get cast on Gigolos?

Bradley Lords: I had already worked for Cowboys 4 Angels, and they were looking to replace one of the cast members going into the fourth season. I was asked to speak with the producers about perhaps doing a few episodes for season 4. About a week or so into filming they decided to bring me on board as a full cast member.

DC: What has been the reaction you’ve received among people you know and people who recognize you from the show as a gigolo?

BL: The reaction from people I know is a mixture of disbelief and curiosity. Most people are extremely intrigued and are always supportive, I feel.

DC: Has Gigolos and being a gigolo impacted your dating life?

BL: It has definitely narrowed it down to more open minded women. These days; however, it seems people are more open to things, and don’t stick to traditional relationships and dating scenarios.

DC: Do you have a say in how you’re depicted in the show? Do you get to define who Bradley Lords is

BL: I get a lot of say in how I’m depicted. I dress the way I want and come up with my own dialogue. What makes the show great is how the five of us are so different, yet so much alike.

DC: The episodes have some graphic content. How do the lights, camera and crew impact the moment? Can you keep it real?

BL: The lights, cameras, and people in the room can absolutely have some impact on the overall “moment.” I myself just try and ignore all the extra things going on and focus even deeper on her.

DC: Since the debut of Gigolos, people have said they don’t believe women hire straight male escorts. What are your thoughts on this?

DC: Even though many of your clients—at least the ones we see on Gigolos—are more in the cougar demographic, can you share some observations about why women in their 20s and 30s seek out escorts

BL: I have had many clients in their 20s and 30s as well as those in their 40s and 50s. Women in our society can be very successful and powerful in the workplace and bring home more money than [men they meet]. For example, a lady may be on business in a city and want a great night out on the town and doesn’t wish to gamble on meeting a random guy in a bar or club. She now has the option to hire a gentleman and know exactly what she is getting, as well as having the feeling of comfort and security at the same time.

DC: How can young women feel more at ease with themselves and their sexuality?

BL: I believe the best advice to give women who may feel insecure in some way is to have them understand that the way in which they carry themselves goes beyond any physical attributes. A lady with great energy and who is easy to talk to is a “10” in my book any day.

DC: How do you balance being a gigolo, being on a TV series, and your business interests?

BL: In order to balance everything, I must stay focused and maintain lots of energy. Staying healthy with nutrition and fitness helps with the stress levels.

DC: Showtime has obviously done some incredible original programming. These late night shows, Gigolos and Polyamory, fly a bit under the radar, but they have ignited quite a bit of debate. What is it like being on a show that a lot of people don’t want to admit they watch, but on the other hand opens a lot of discussion?

BL: It seems we are absolutely the hidden little secret on Showtime. We have a huge following. It would be great if we actually got more recognition, but we are striving to keep our large number of fans happy.

DC: What are your plans for Valentine’s Day? Is that like New Year’s Eve for a comedian, meaning you have to forgo personal plans because it’s an important work day?

BL: Valentine’s Day for us is the same as for anyone really. If we do get booked, then it’s still with only one person. As male escorts we don’t get booked the same as a female escort where they will typically see multiple clients per day. Our clients are normally many hours at a time or days or weekend bookings.

DC: Where do you hope the show leads you in terms of business, acting, and beyond?

BL: I look to pursue many business ventures in the near future. I believe the ability to make people comfortable and satisfied is a huge factor in how business is conducted. I feel the places I go and the situations I encounter will only better prepare me for the unknown life ahead. I’m not opposed to an acting career, but it isn’t my only goal. Just as I did in the government and military, I plan to take everything I can out of this experience and better myself however I can.

Sexoirs of a Gigolo: Bradley Lords